COEL was delighted to be one of the sponsors of this impressive robotics event held on 14th & 15th of April in Cambridge.

Hosted by Hills Road Sixth Form College, the event brought together eight teams of students in a test of their robotics & engineering skills.  Each team was given an electronics kit and a set of challenges.  They then had four months to design and build a problem solving robot to complete those challenges.  The competition (which took place within a custom-built arena provided by COEL) involved each team demonstrating the skills of their robots, through a series of competitive rounds.

We’re pleased to say that the Cambridge teams did amazingly well, finishing in first and second place!

The winning teams were:

You can read more about the event in this Cambridge Network article. 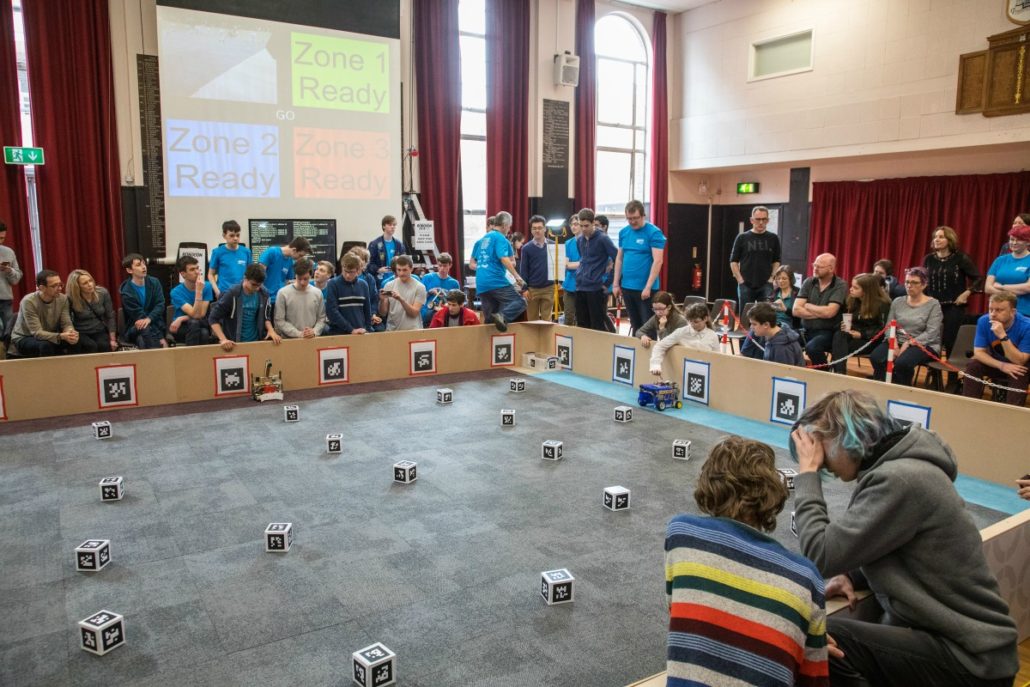